Is it real? I don't know, you tell me. I've never done it but I did listen to those Monroe institute tapes. Apparently, there was a feller down there at the gov that astral projected himself right to Mars but he was seeing it as it was thousands of years ago when it had the civilization that nuked itself to death. That's all I really know about it though.

Ghosts Are Real
posted by: Dick | on: time goes here
No. 4
Paranormal
Replies: 2 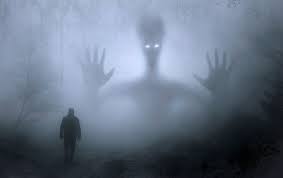 Or so I've been told. I'm not 100% certain but I have it on pretty good authority that they are. One time, my uncles friends brother saw a ghost and took a picture but the picture wouldn't develop so he didn't have proof. I still believe him though because when he told me the story he didn't blink and looked super serious. Have you ever seen a ghost?